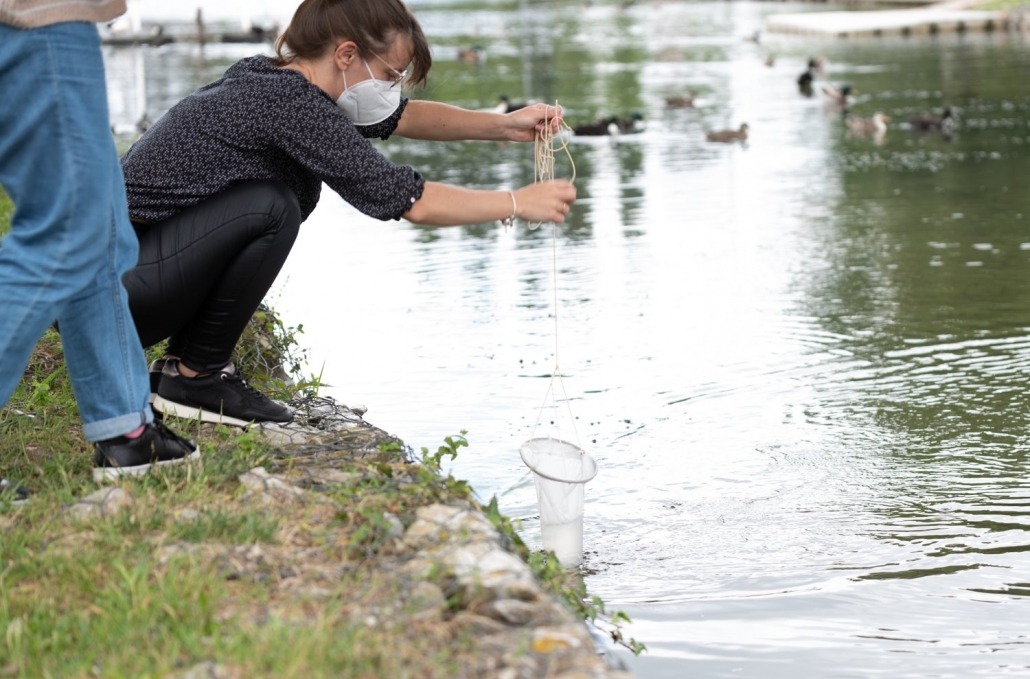 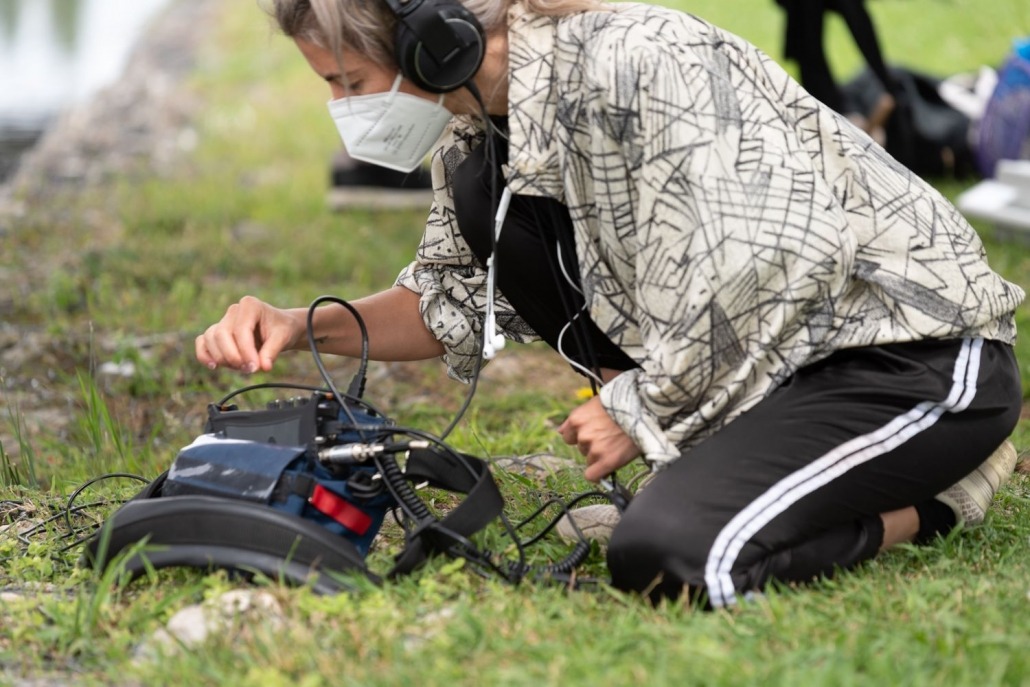 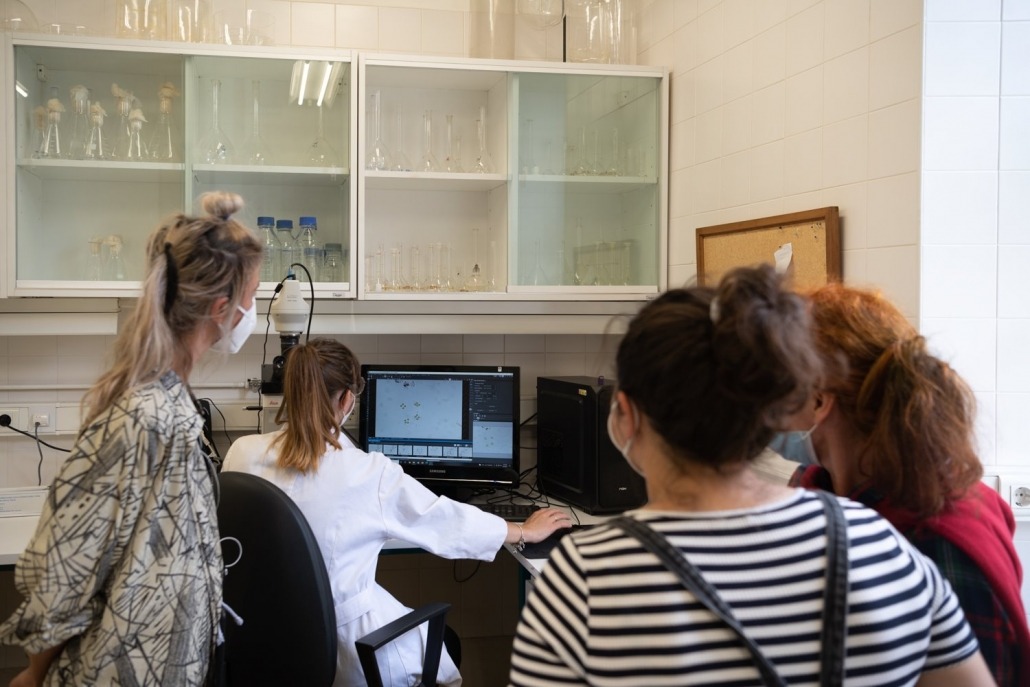 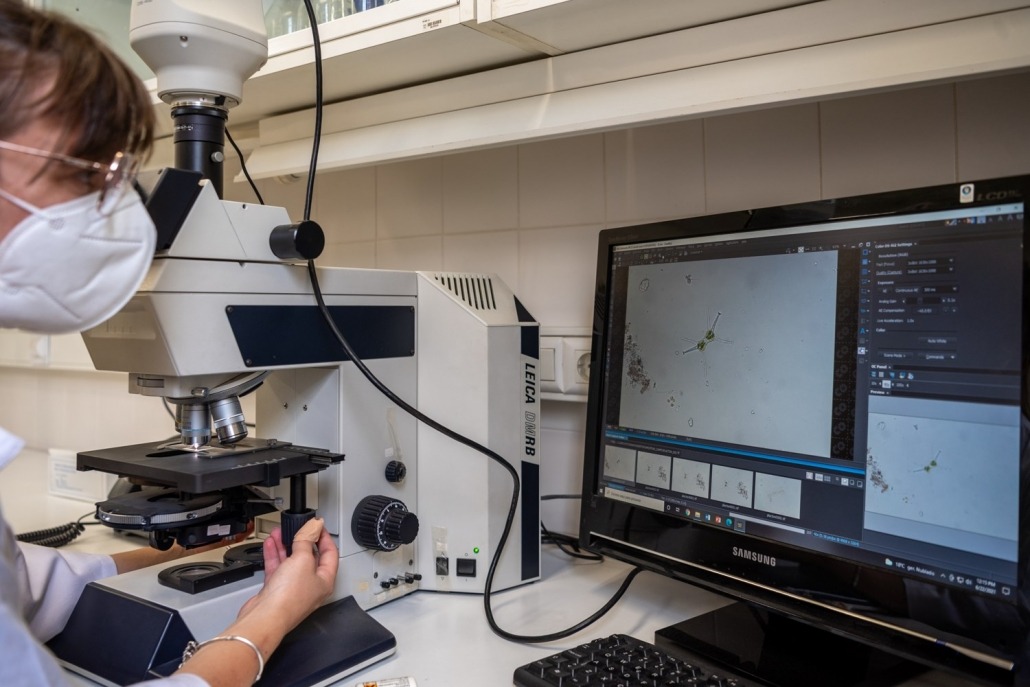 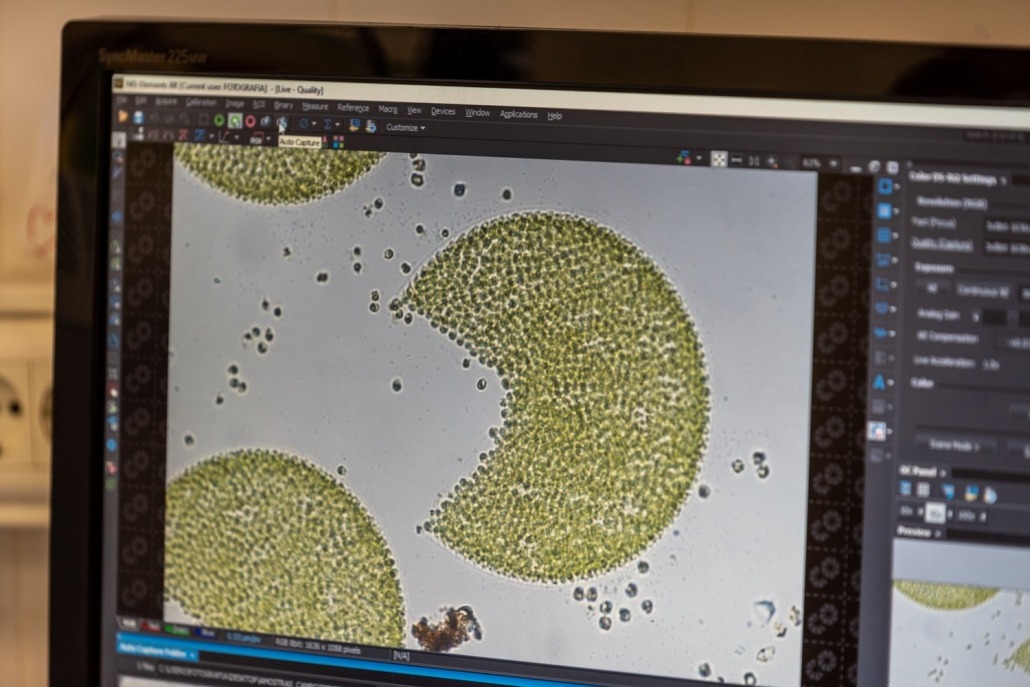 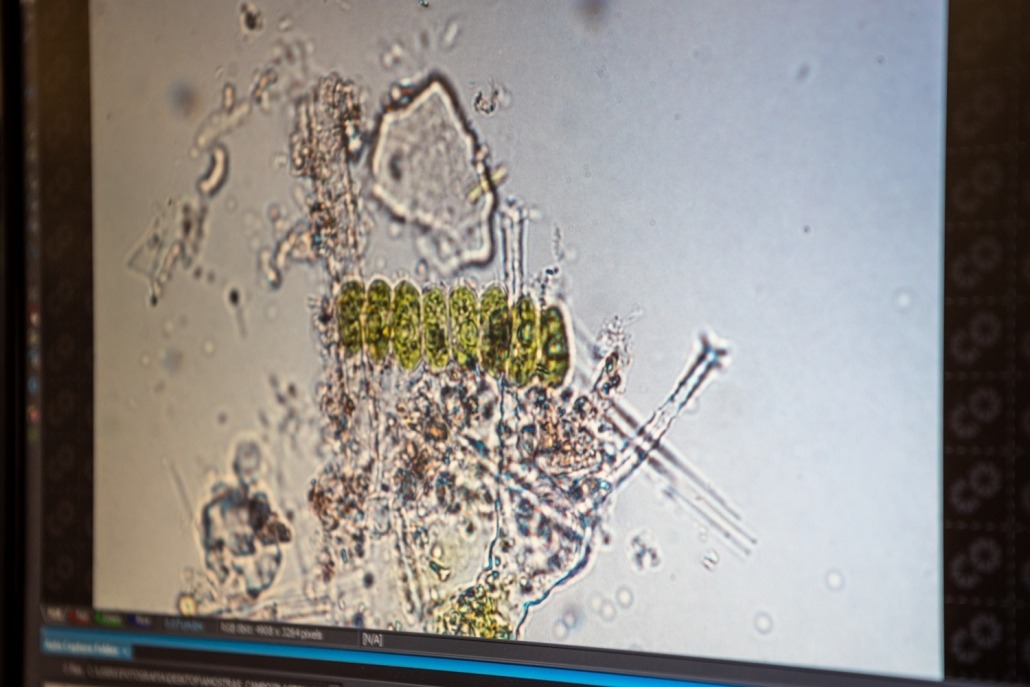 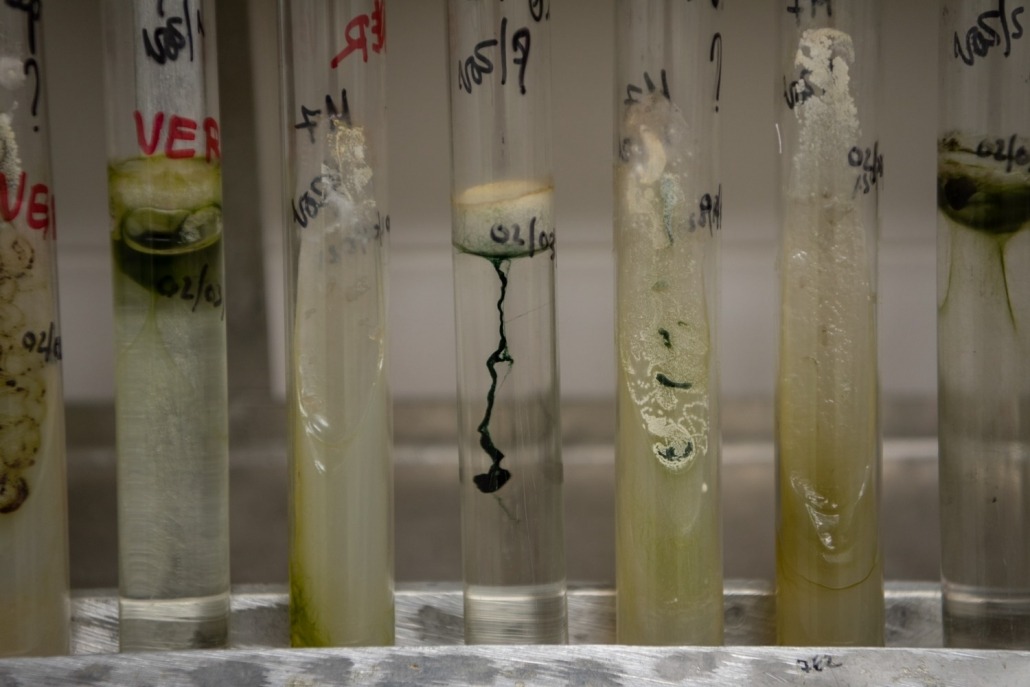 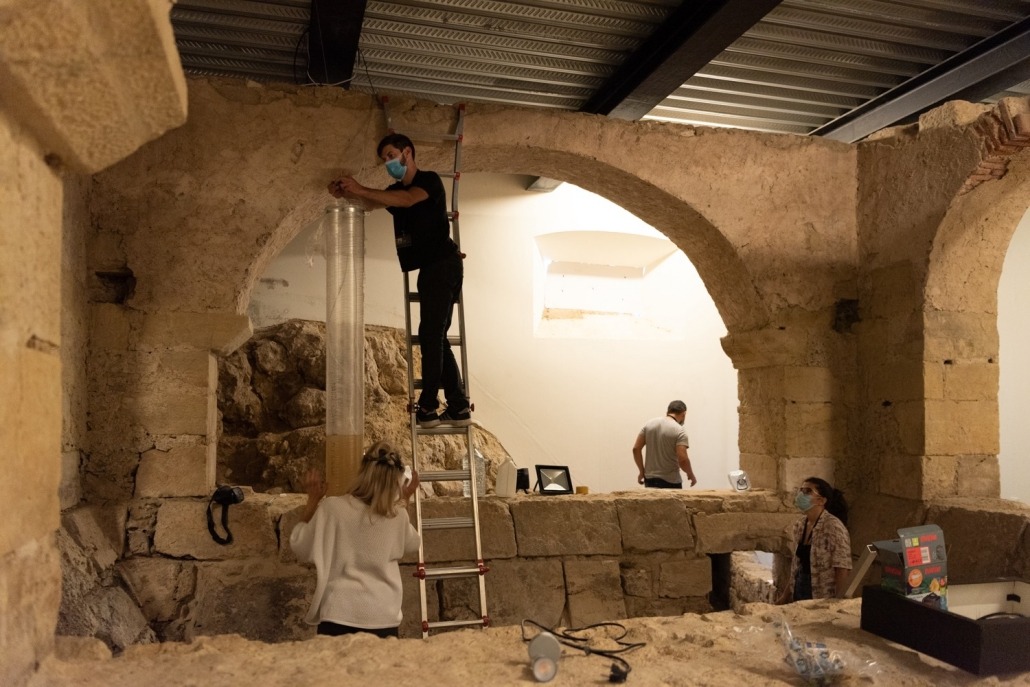 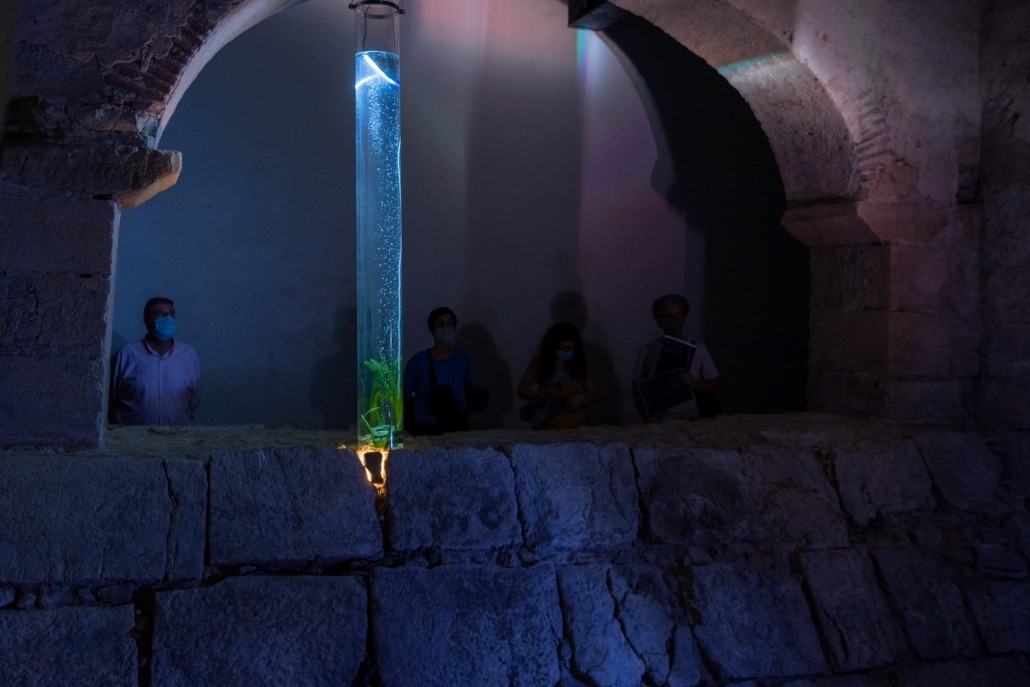 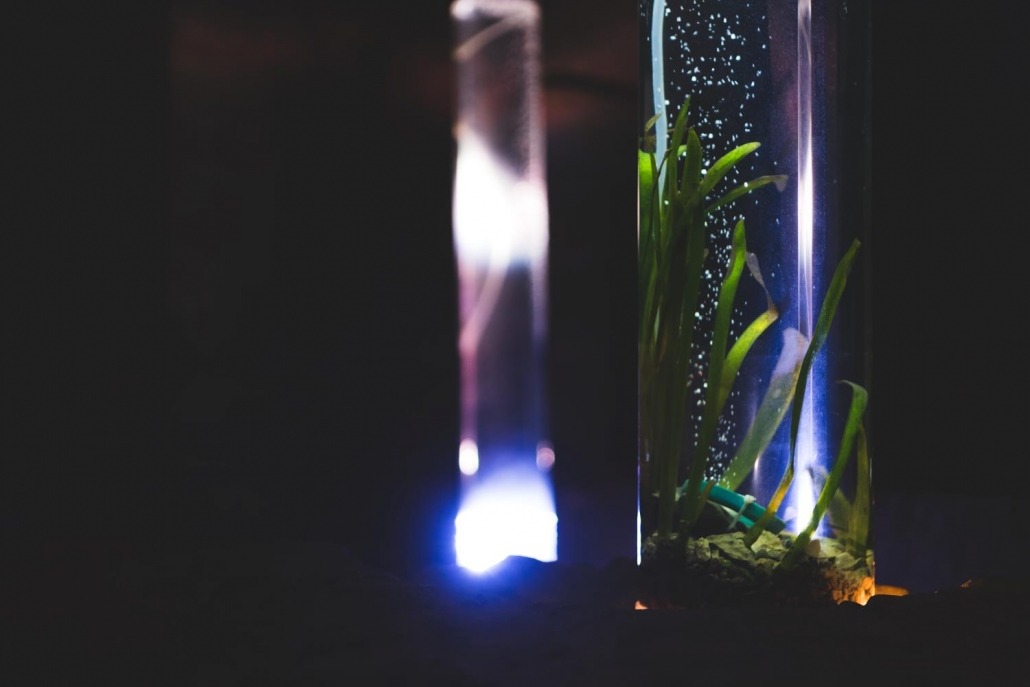 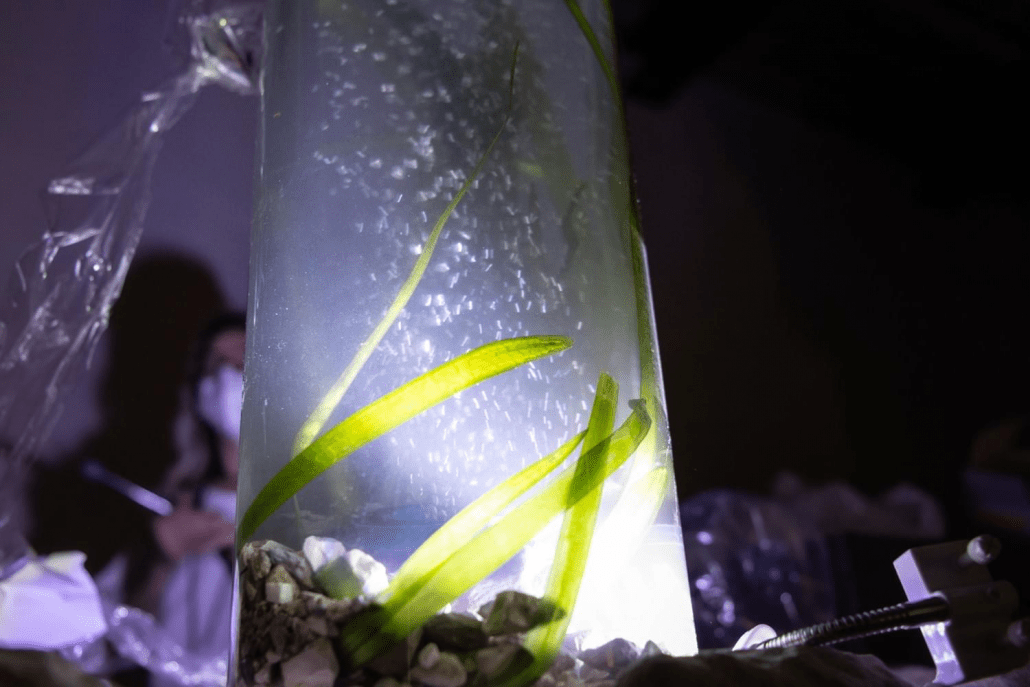 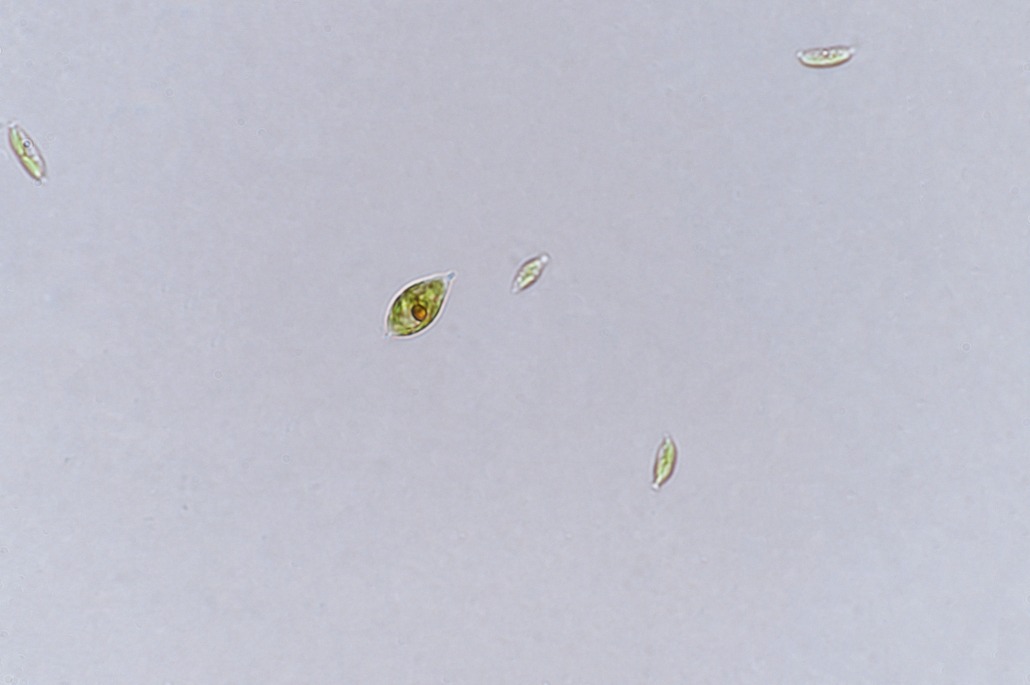 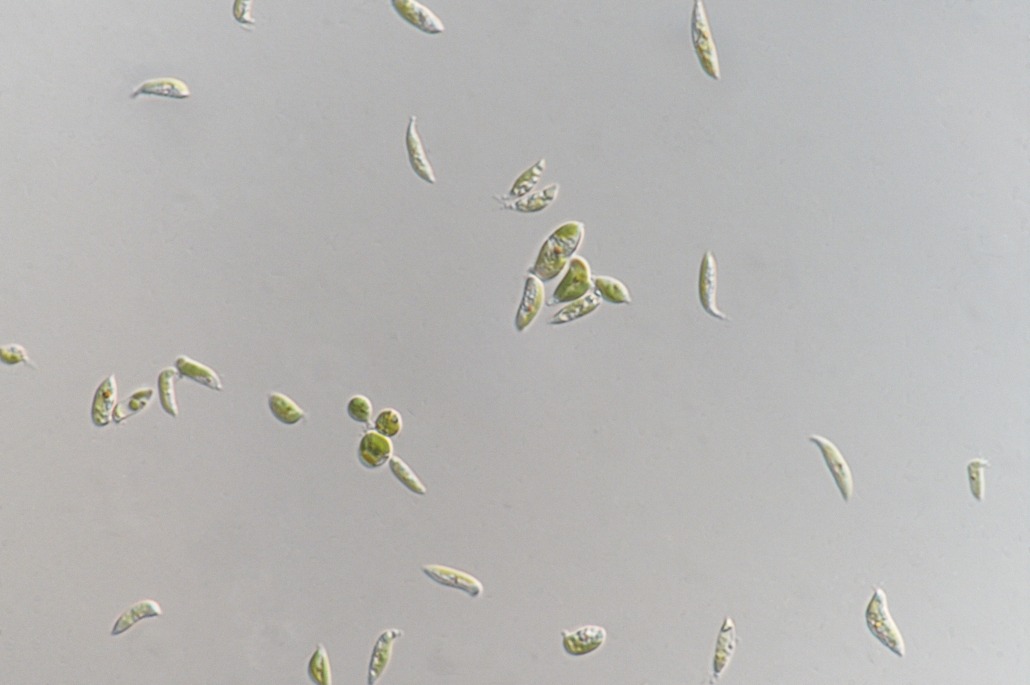 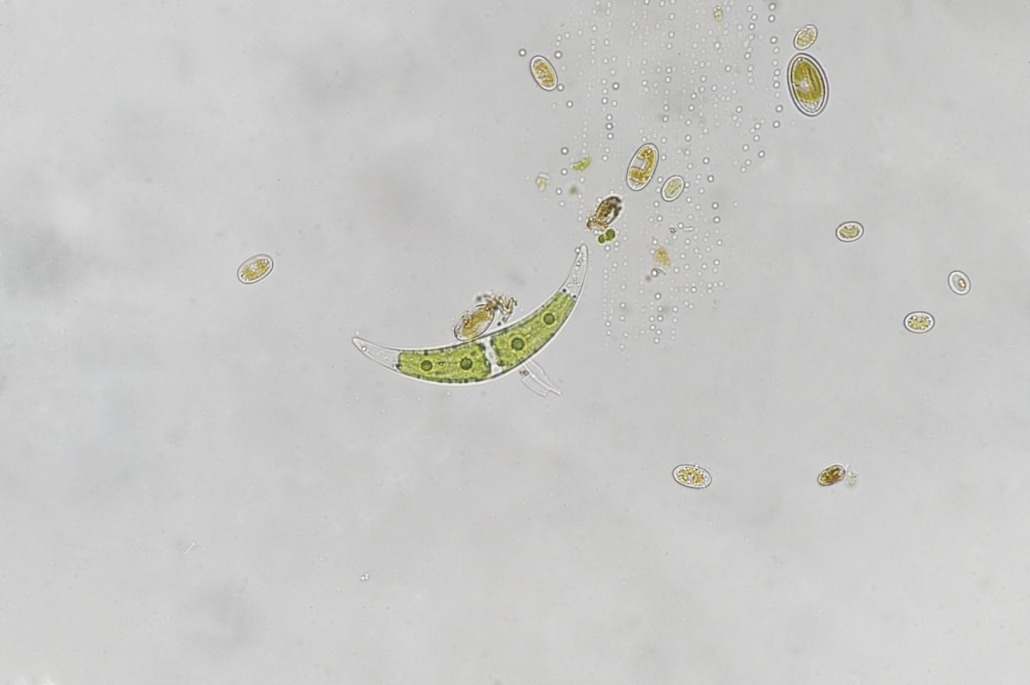 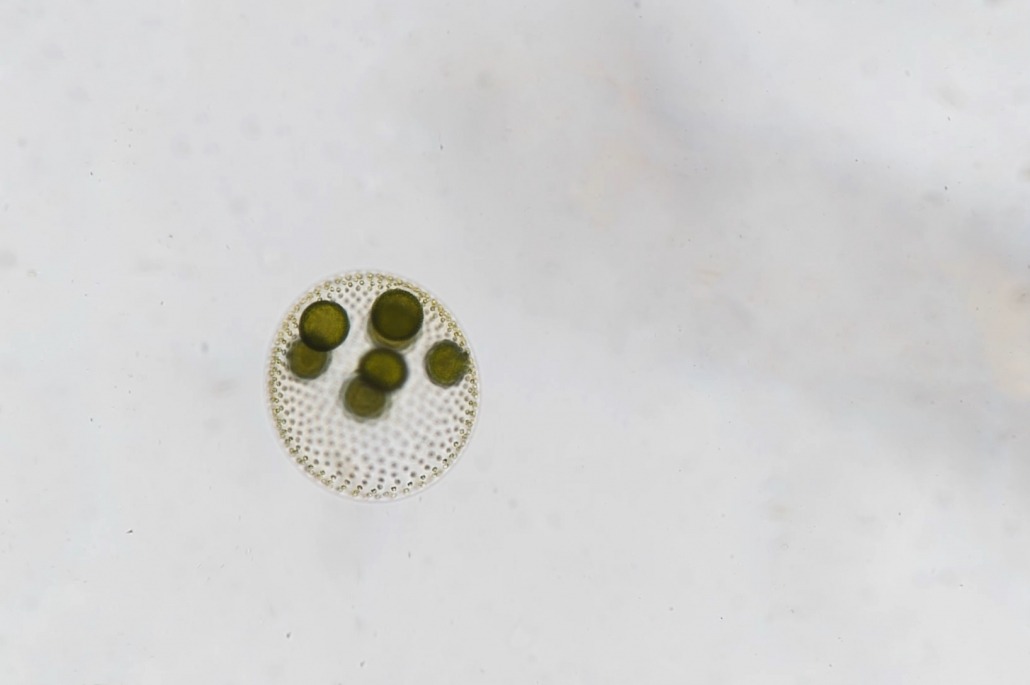 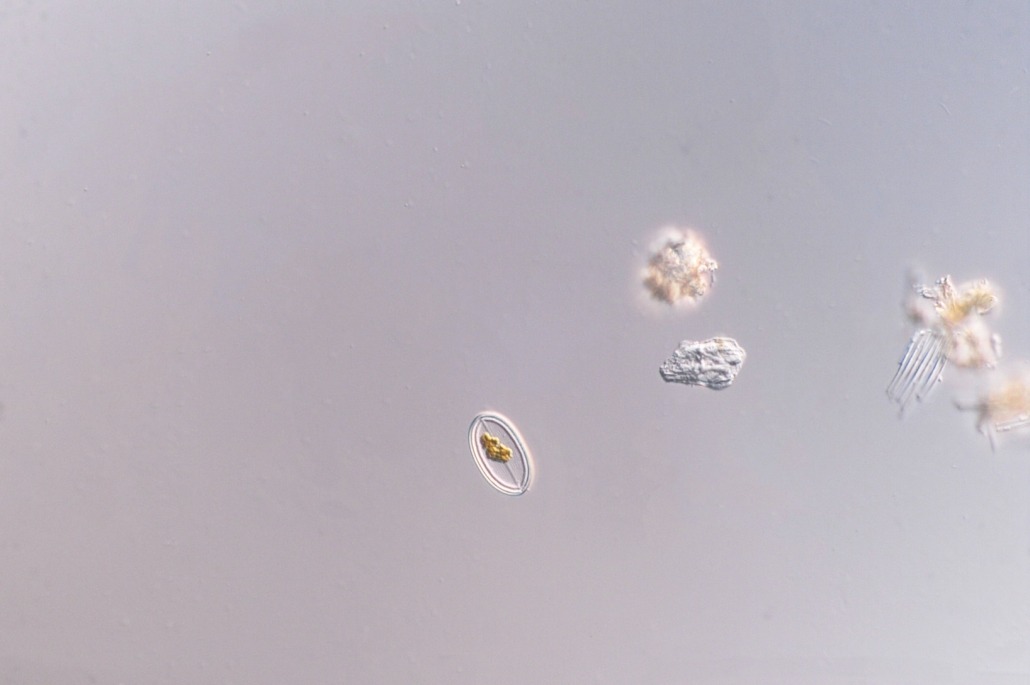 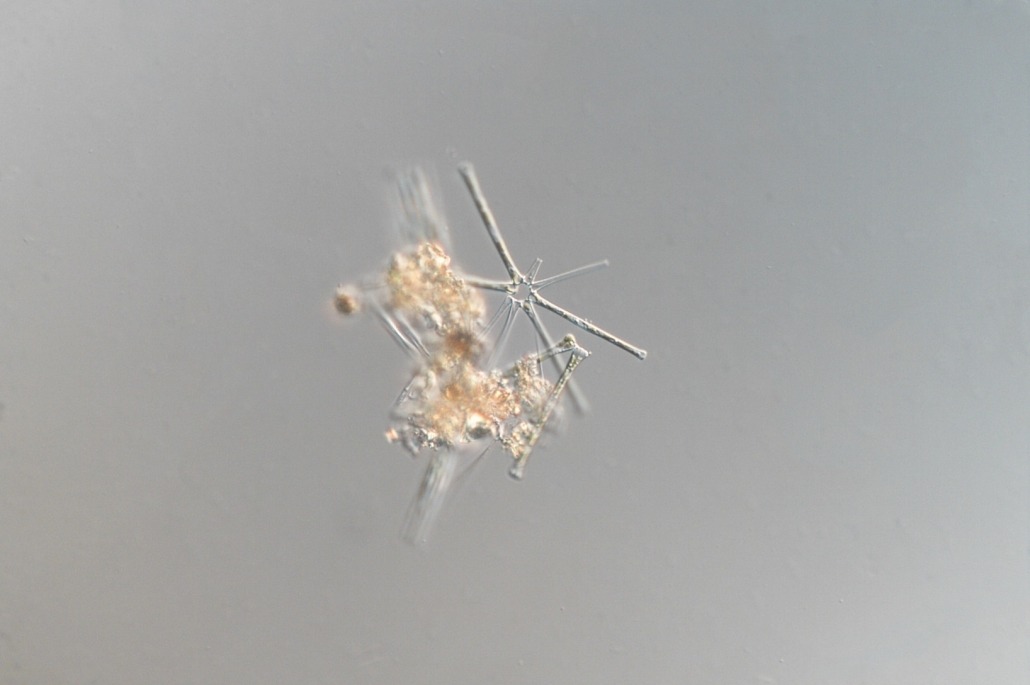 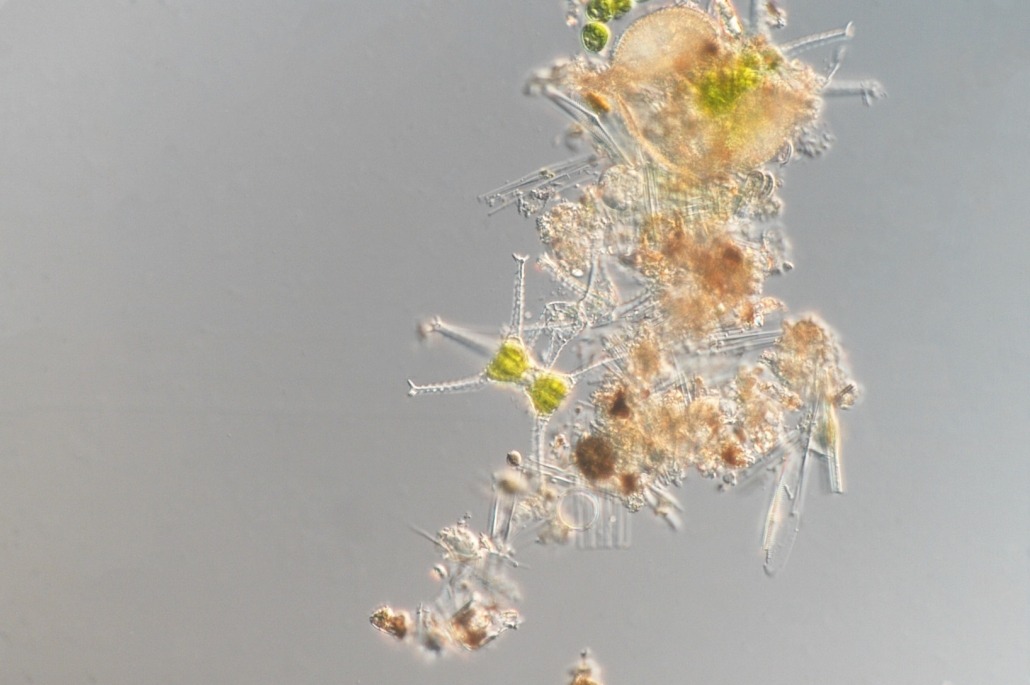 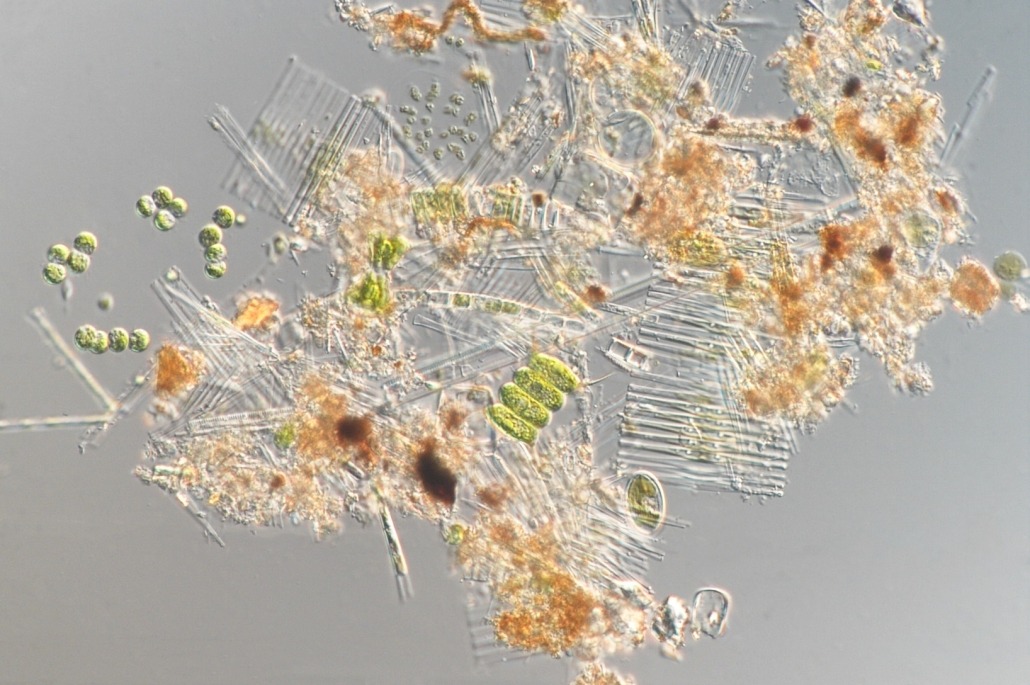 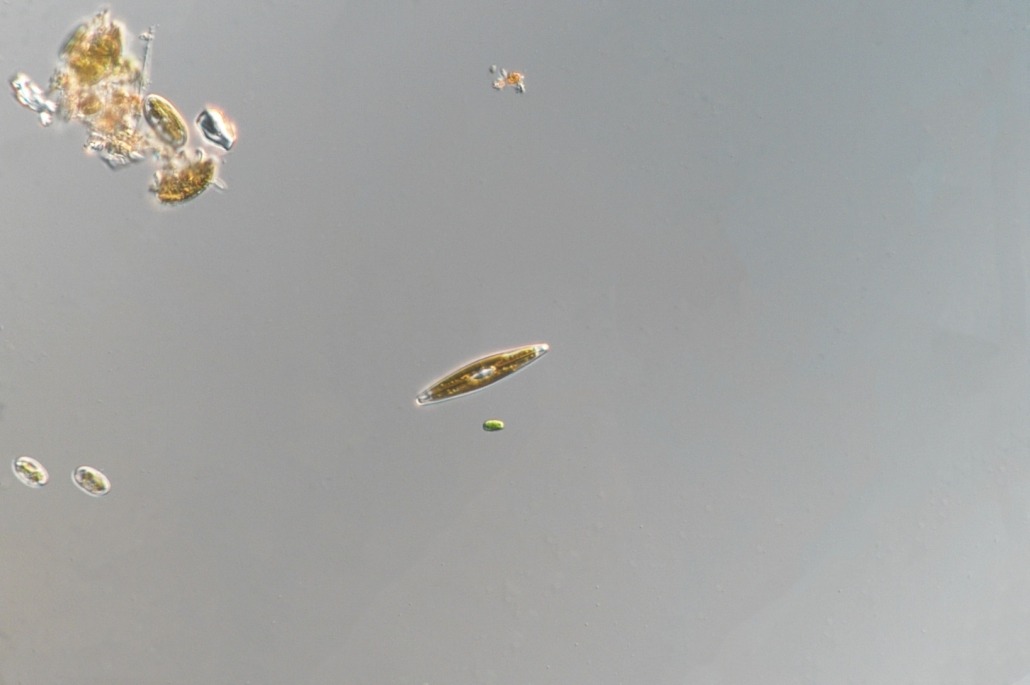 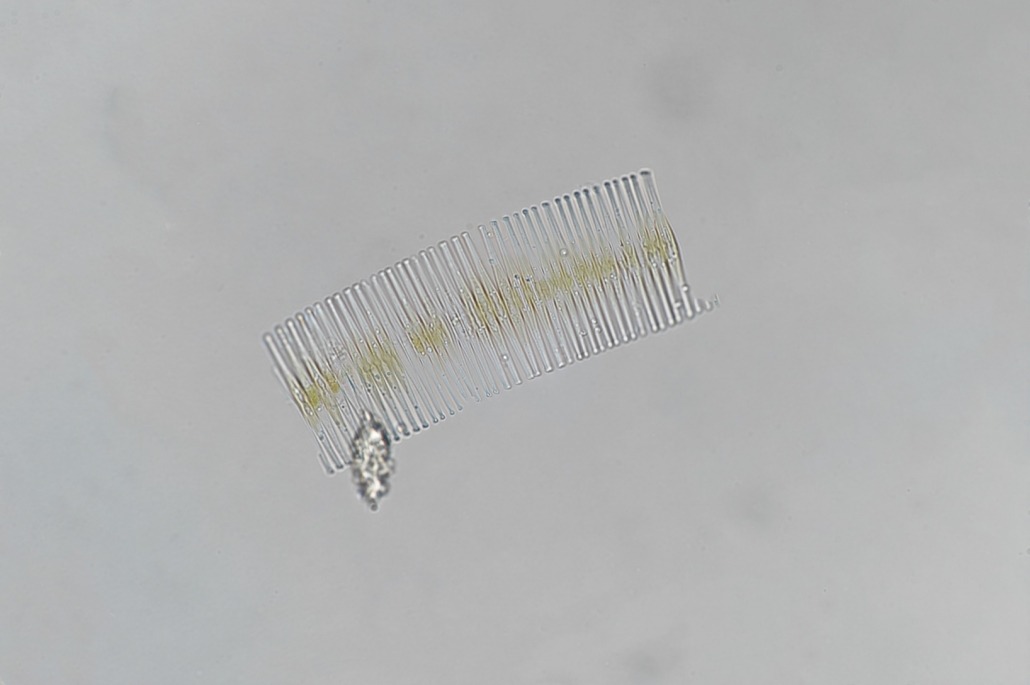 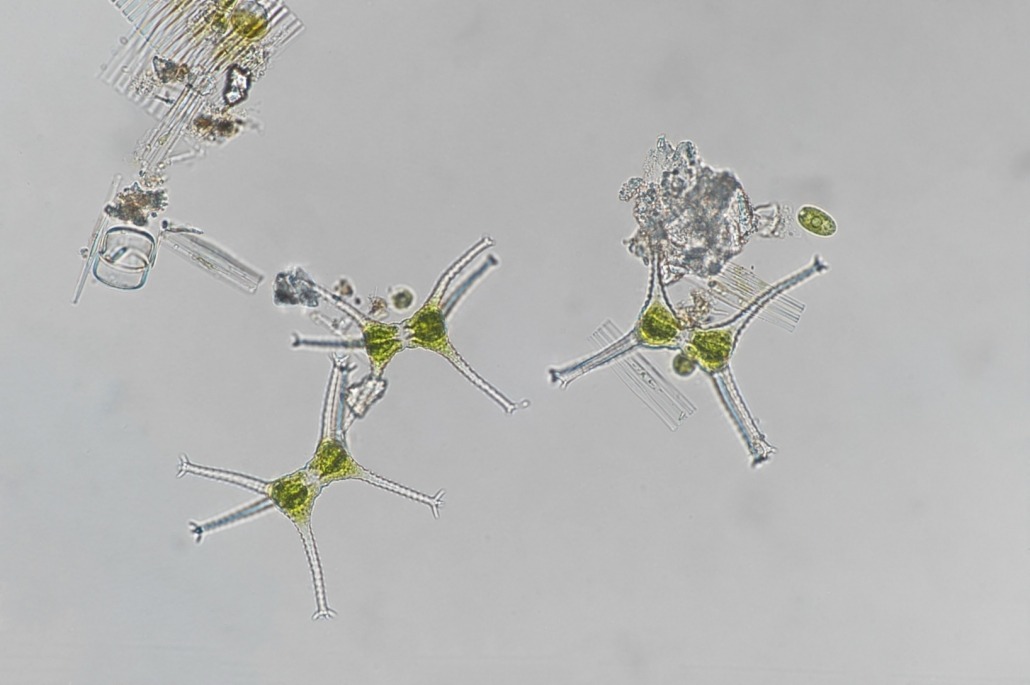 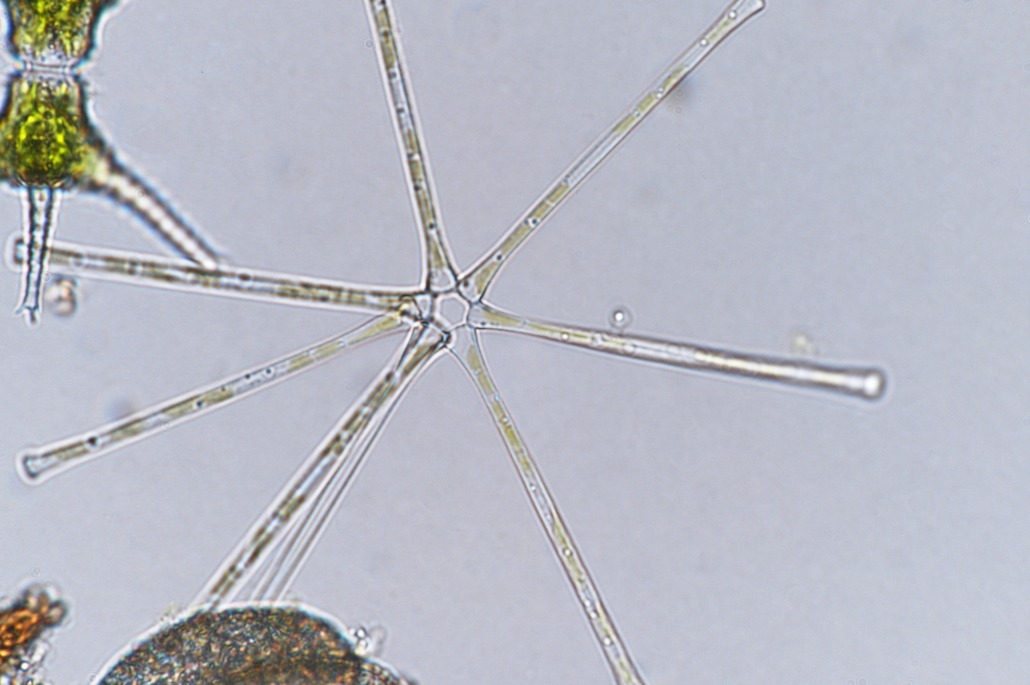 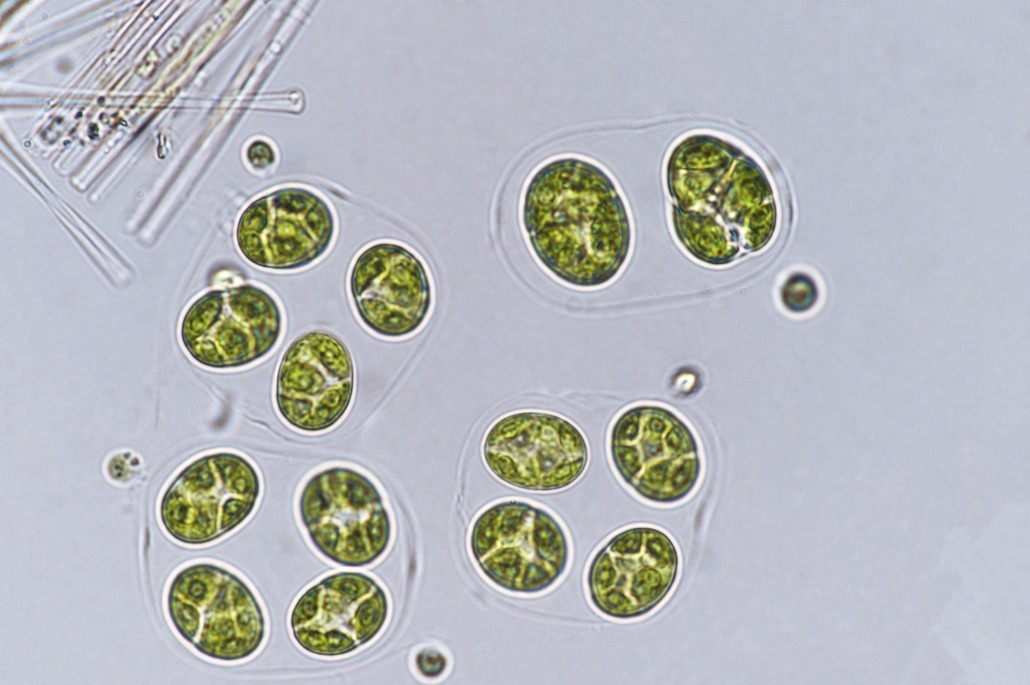 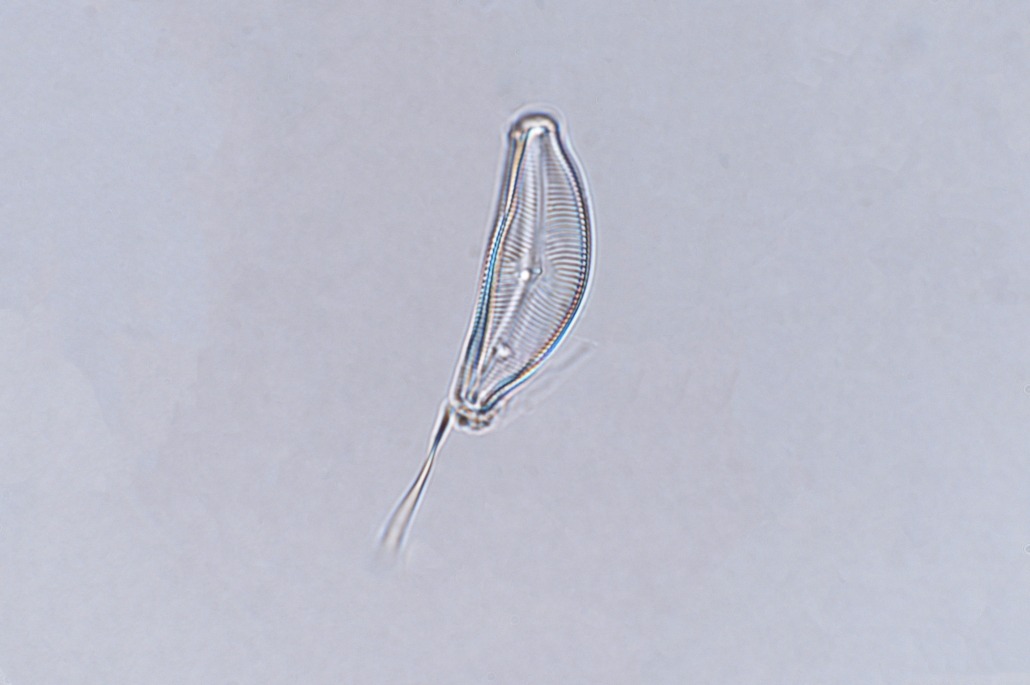 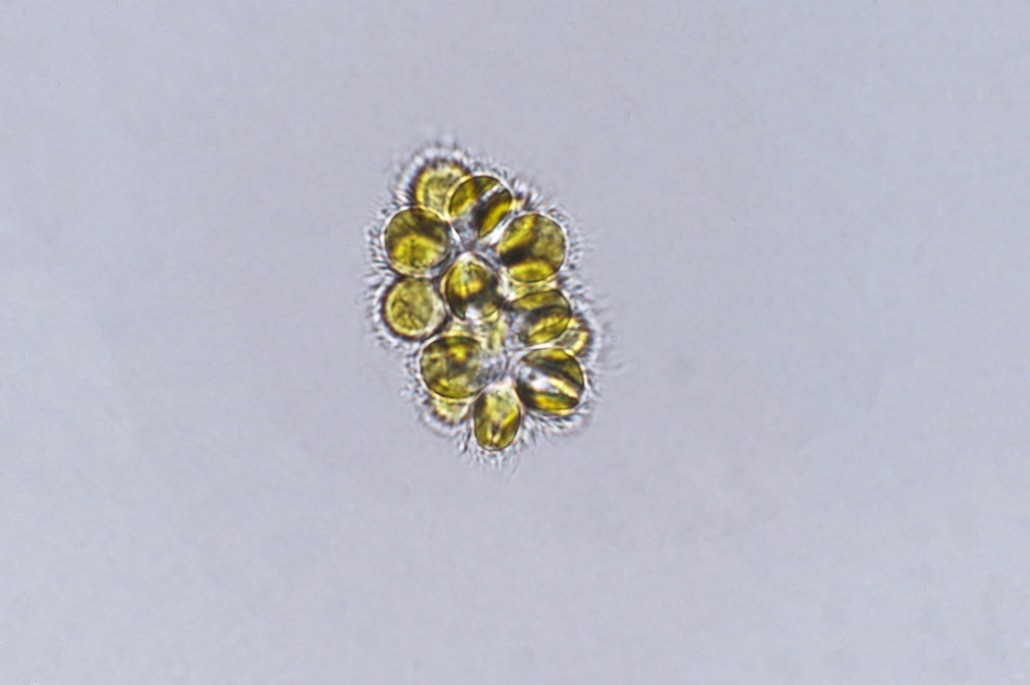 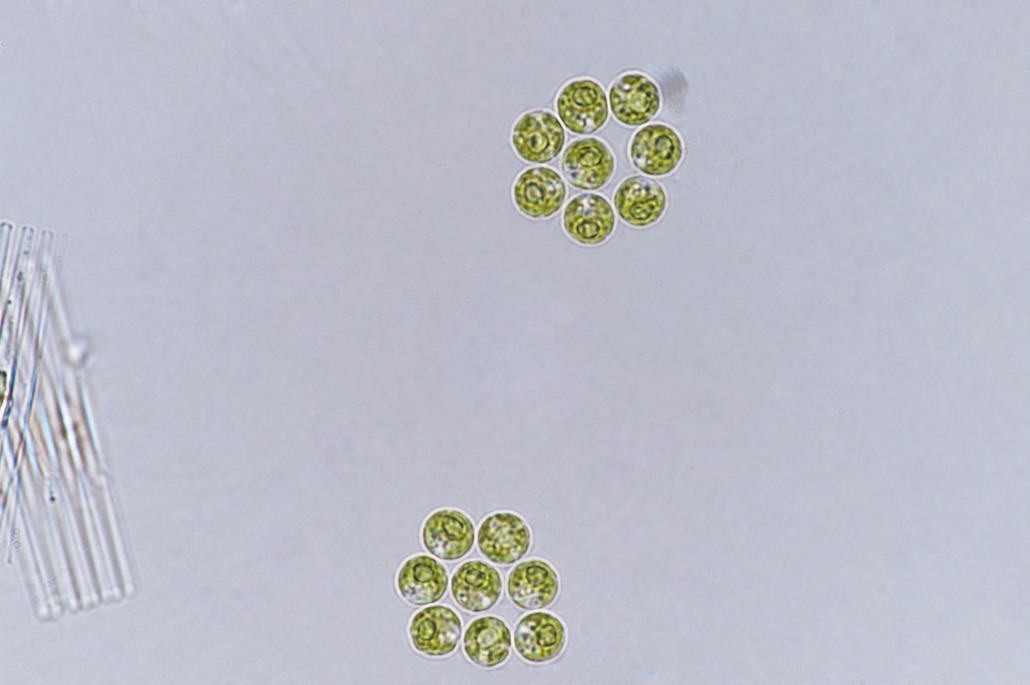 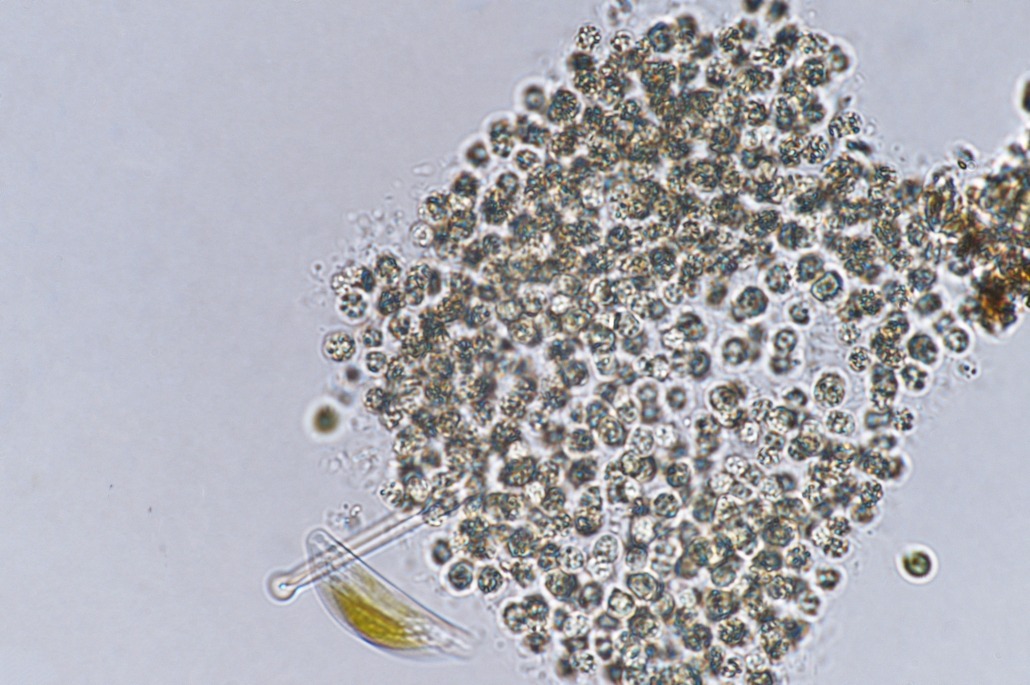 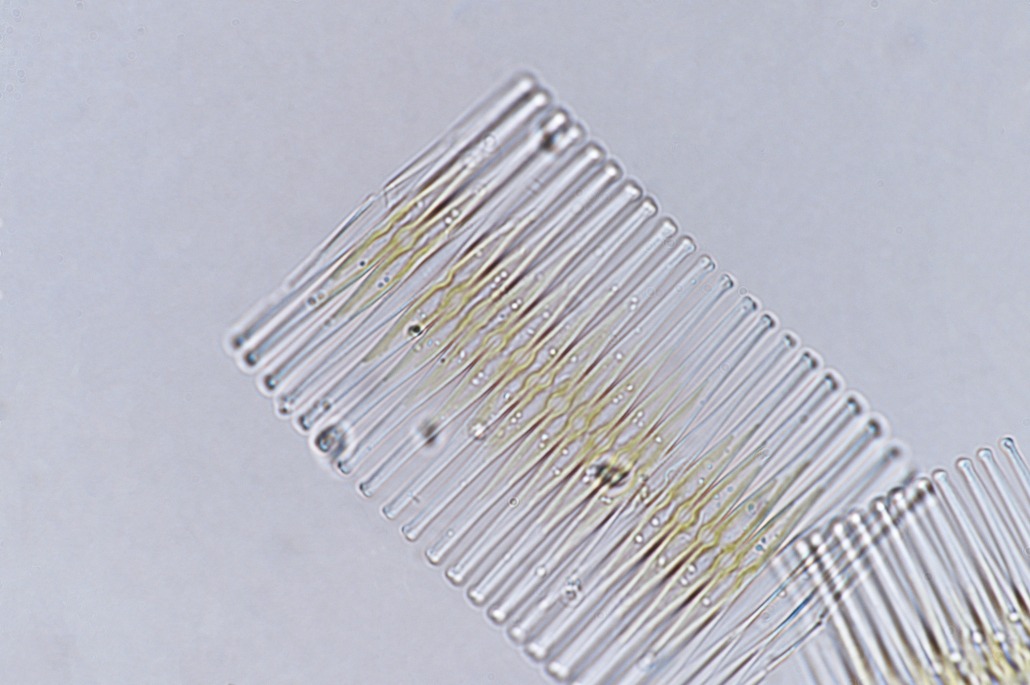 The impact of noise pollution has proven to be harmful to aquatic fauna. Microscopic elements such as some algae may also be affected due to changes in vibration and particle movement.

MUNDA is an AV installation that draws attention to elements of the Mondego River that are not normally accessible to our senses. Revealing its underwater soundscapes, and bringing the algae to a visible scale, this installation aims to raise public awareness of the potential impacts of increased noise and vibration on aquatic environments.

MUNDA means transparency, clarity and purity. MUNDA was the Latin name for the Mondego river. In its honour, it is also the scientific name of an algae recently discovered here: the Munda sp. The Mondego river hosts most of the algae of this species as well as a great diversity of other microalgae.

In the anthropocene era, technological developments have led to an increase in noise pollution in aquatic environments. The impact of anthropogenic noise is being studied and has been shown to be detrimental to communication between aquatic fauna. Eventually, it may also affect microscopic elements due to changes in vibration and particle-motion. Algae are among the oldest species on Earth and are widely used as environmental bio-indicators. Various forms of pollution and stress can affect these micro-organisms. Knowing the relationships between algae and anthropogenic stressors is key to improving the future management of aquatic ecosystems. What impact could increased noise have on these micro-organisms? Could vibration caused by noise pollution be damaging these elements?

This installation investigates intrinsic characteristics of the Mondego River, bringing reflections on the importance of maintaining healthy aquatic environments. It explores underwater soundscapes while questioning the anthropogenic impacts of noise pollution including the microscopic scale. It questions whether the introduction of vibration and changes in particle-motion in these environments could be detrimental to ecosystems.

For the development of MUNDA, the partnership with Algoteca de Coimbra, which supported the development of the project, was essential. Underwater soundscapes were recorded and water samples were collected at several locations in the Mondego River. The water samples were analysed and later presented in the installation as well as their soundscapes. The sound recordings were made in the Choupalinho park, in the Choupal National Forest, and in the Açude-ponte Coimbra.

In exhibition until 5 September 2021 at: